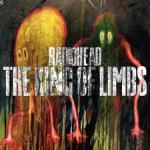 Radiohead fans can generally be split into 2 groups:
Group A – Thinks OK computer is a masterpiece(There’s a subgroup in Group A that likes to argue that The Bends is more superior) But this group hates anything Kid A onwards.
Group B – worships OK computer, thinks Kid A is phenomenal in equal measure and continues to appreciate their output to this day.

Come, Morning Mister Magpie, one of the few times guitars pay a major role in this album. The guitar comes across as a jerky dance riff, again this is not a rock track. Sighs from Group A, Group B groupies do the Lotus Flower vid dance (that video makes me think of Tom Waits).

From that track on there is no question this is band is NOT going back to OK Computer territory. What I found impressive and at the same time disappointing is there is not a single track with a standard rock drum beat in it! 2+2=5 and Bodysnatchers from the previous albums prove they still can write kick-ass guitar rock songs and give Group A a glimmer of hope. No sign of that in The King of Limbs.

But still, its a good album. There are no anthemic,  standard structured songs. I don’t think its something they’d set out to do. The songs and sounds are gorgeous, just less surprising, as it seems to me since Hail To The Thief, they’ve been trying to find a ground between OK Computer and Kid A, while adding a little progression to their sound by incorporating what they’d been listening to at time of making (which again is no secret if you check out their ‘Office Chart’ on ‘Dead Air Space’) But I’m sure if this album was made by any other band, it would have definitely received rave reviews.

A testament to how influential this band is, most of Group A will still check out their post-Ok Computer efforts, probably to make sure they don’t miss any return to OK Computer-form, and lament about the lack of anthemic songs of old.
From the sound of The Kings of Limbs it seems they won’t return to that sound anytime soon. For those disappointed that there’s no great breakthrough here, unless they go on to make metal, I don’t think there will be a 3rd breakthrough anytime soon (Hey, C’mon! they made two great albums back to back!) But I do hope they prove me wrong though.

March 8, 2011March 8, 2011 by The Lightness Of Being Categories: Music ReviewsTags: radiohead, the king of limbs Leave a comment